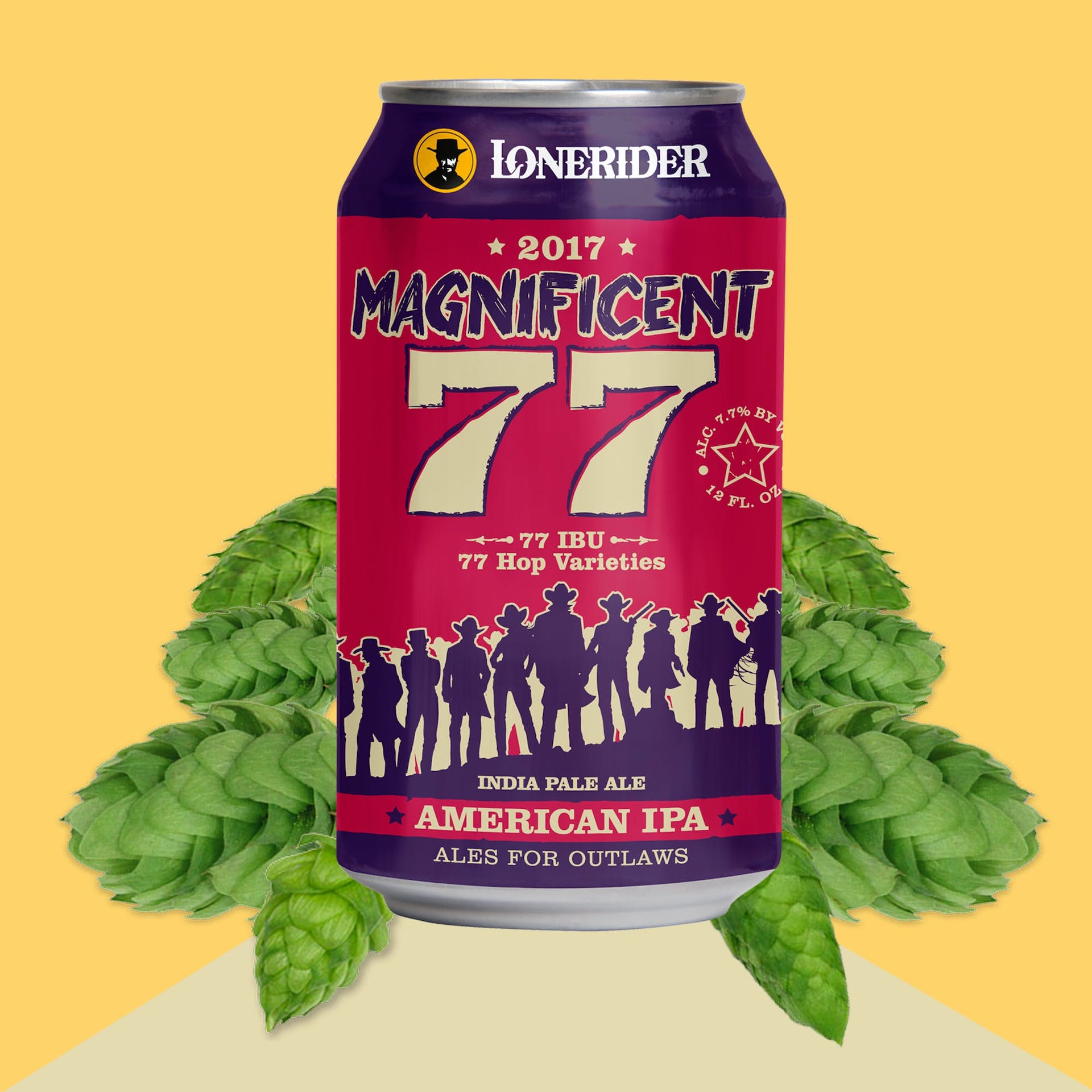 Magnificent 77, the American IPA with the biggest variety of hops ever, released this past Friday on July 7, 2017.

“Magnificent 77 grew out of a conversation about the difficulty in obtaining various types of hops,” said Lonerider CEO Sumit Vohra. “From that conversation we developed the idea to push the limits of how many hop varieties could be used in one beer. The result was the 2015 release of Magnificent 77. We were incredibly happy with the response from the beer community. We sold out at the brewery within hours, and it became a hot commodity at local beer stores as well. Ever since then people have been asking us when it would return. That time is now.”

The unique beer gets its namesake from the 77 different hops used to brew this beer. The hops came from 7 different countries around the globe including varieties as interesting as their names, such as Fuggle (UK), Australian Helga, and Green Bullet (New Zealand), just to name a few.

If you’re a local Outlaw and haven’t snagged a pack yet, have no fear! The beer is still here. Swing by The Outlaw’s Hideout and be sure to get a pack before they’re all sold out!

Summer at the Hideout: Your Annual Brewery Tradition
There's More to Beer Than Hops