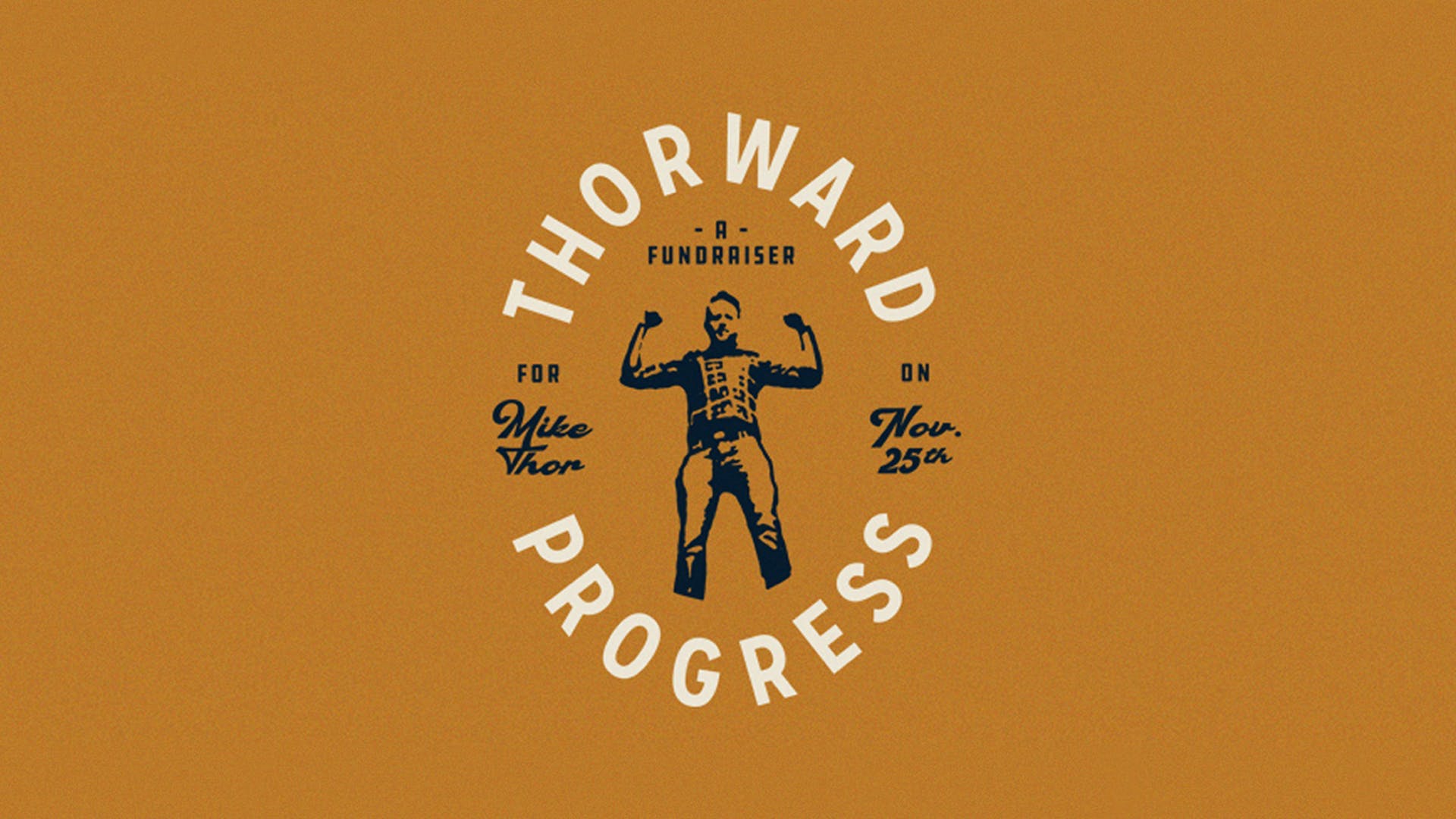 Meet Sarah Santoro Thor,
fellow Outlaw, Shotgun Betty, and dear friend. We are collaborating with Sarah and her husband Mike on a beer and fundraiser, called Thorward Progress.

This beer is a 7.5% ABV New England Style IPA. Galen Smith, head brewer of Lonerider, explains why he chose to create a NEIPA. “I’ve been interested in doing a “Lonerider” version of a New England IPA for awhile. Making a NEIPA not hazy goes against the style itself, but I really wanted to see if you could get the same flavors and mouthfeel without the turbidity. I feel like we did a pretty good job achieving that. That’s the attribute that makes the style so polarizing. People either love or hate these beers because of the cloudiness. With ours we basically followed the guidelines for brewing the NEIPA style and ran it through our centrifuge quickly to give clear it up a bit. I hope that both the juice bros and the clarity cops can find common ground with this beer and help us raise money for Mike Thor and his family.”

We’re very excited to partner with Mike and Sarah, as our goal is to raise money for those in need of assistance due to severe spinal cord injuries. As they are part of our Outlaw family, this hits home for us.

This is their story.

——–
I was first introduced to Lonerider about eight years ago while working at The Flying Saucer in Raleigh. The brewery was just starting out and looking to make its mark on the craft beer community.  A friend of mine who worked with the brand recommended me for a part in a commercial they were planning; I met with Sumit and that was it, I was hooked. I became Shotgun Betty for their first televised commercial (so far). If you missed it, fear not, you can still watch the magic on YouTube.

Since then I’ve had a special relationship with Sumit and Lonerider; they are my go-to for any event I am working on and always ready to participate in philanthropic activities. My husband Mike Thor, co-owner of Whiskey Kitchen, was hit by a car on November 20, 2015. The accident resulted in a severe spinal cord injury placing significant financial burden of long-term, out of pocket therapy costs on our family. Sumit was right there, offering to help us out in any way he could.

This year marks the two year anniversary of Mike’s accident. We have teamed up with Lonerider to create a limited edition beer on behalf of Mike, a guy who truly embraces what it means to be an Outlaw. “Thorward Progress,” is a 7.5% ABV, substantial, decadent and creamy New England style IPA with subtle fruity notes. “Thorward Progress” will be debuted at The Thorward Progress fundraiser on November 25th at the new Whitaker & Atlantic event space.   It will also be available on draft in advance of the fundraiser at the following select downtown Raleigh locations the week of November 13th:

The Thorward Progress fundraiser, November 25th at the Whitaker & Atlantic event space will feature some of Raleigh’s favorite eateries like Crawford & Son and Whiskey Kitchen. In addition to great food and beer, there will be an auction showcasing local products and experiences curated to include some of the best North Carolina has to offer. Get your tickets before they are gone!

All proceeds from the sale of “Thorward Progress” will go to benefit Help Hope Live in honor of Mike Thor, an organization that assures fiscal accountability of funds raised and tax deductibility for donors. Donors can be sure that funds donated will be used only to pay or reimburse medically-related expenses that come with having a spinal cord injury.

Learn more about Mike Thor’s recovery by visiting thorwardprogress.org & follow @Rahktoro on Instagram for daily stories about the #thornomenalrecovery.

Pistols At Dawn Returns November 18th
Welcome Back 6:45 to Raleigh