Peace Is A Dangerous Thing 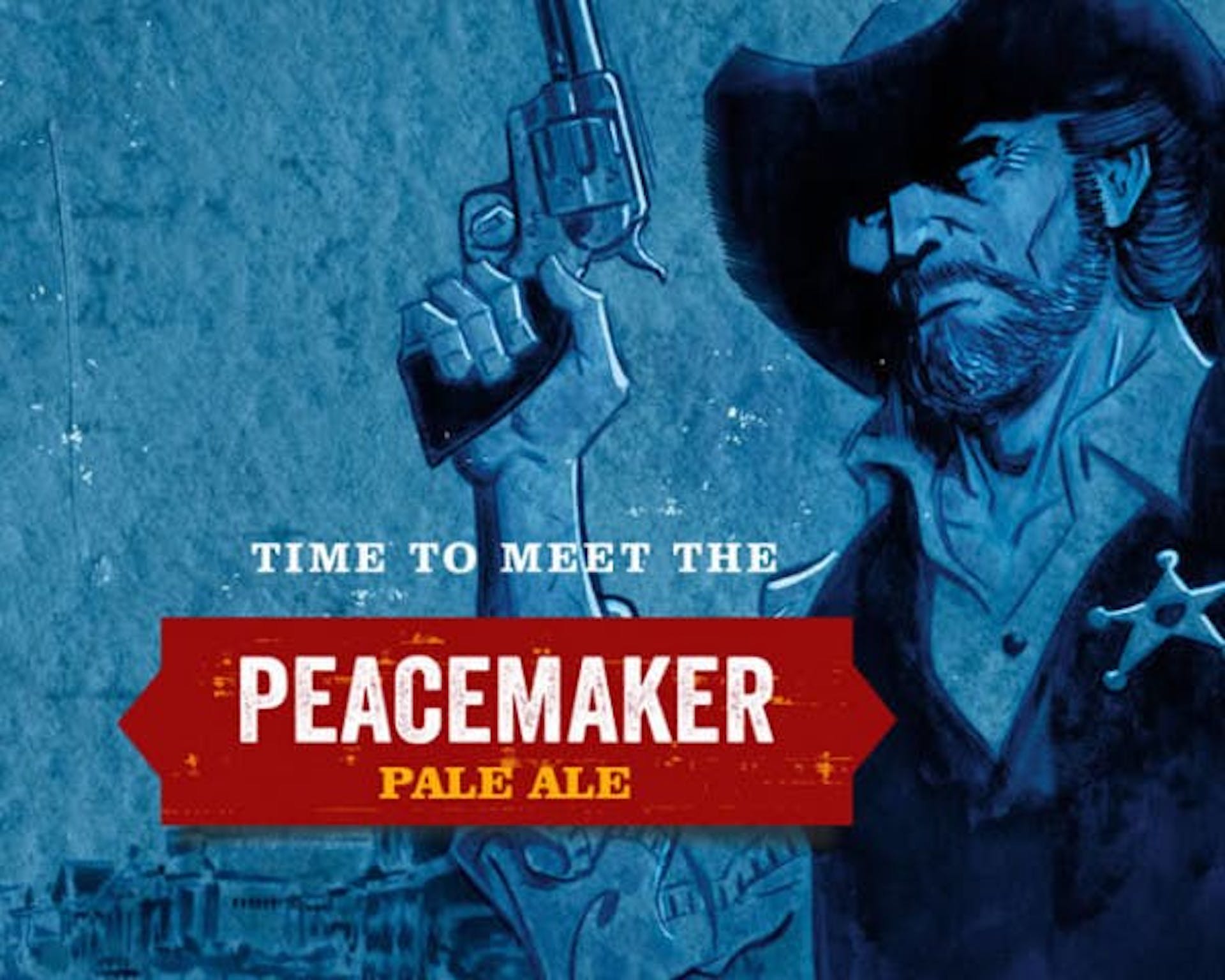 April 29, 2014|News
In the latest Lonerider blog entry, CEO and Chief Drinking Officer Sumit Vohra introduces us to the story of the Peacemaker.

The stranger walked into the town. He was dropped off in a carriage and he waved his ride goodbye. The sun was wistfully casting its last light on the town and it seemed as if deviation from ordinary in this sleepy town was frowned upon. He could hear the voices coming from the local saloon and his feet trudged upon the unfamiliar ground looking for a meal and some libation.

He opened the door, the chatter stopped, and everybody gave him a quick glance over before resuming whatever conversations had them so engrossed. He felt as if he was judged and summarily dismissed. He was of tall wide build and the scar on his face usually elicited a few stares. But, he was not used to being dismissed. Sheriff offices across the state were littered with his wanted posters, but here the town seemed unafraid. He gave a silent shrug, suppressed the warning bell in the back of his mind, wrote it off as a sign of his weariness, and settled on the far corner of the bar.

“Pardon me barkeep, some grub and a pour of whiskey will do”, he asked politely.

The bartender gave him another once over and said, “The food will be over in 20 minutes mister. And here is the whiskey to get you started. Whereabouts are you from and will you be needing a room?”

“I could certainly use a place to sleep for the night. How much will that set me back?”

The bartender replied, “Two coins should be enough. Ti’s slow season and the rooms have been empty for a while. I will have the maid give it a once over and its all yours for the night. Just take the back stairs.”

“Where could I find the sheriff’s office?” he says

“Well Mister,” the barkeep replied as if that was a silly question, “We don’t have much call for a sheriff around here, but if you let me know what you need I will see what I can do.”

“No Sheriff?” The stranger raised his eyebrows. He wasn’t used to that answer.

“I am looking to see if there might be some part-time deputy work available for me.” He liked to work as a deputy before he would go about his usual bank robbery. No better job to know the lay of the land.

But, before the barkeep could reply another table called for the barkeep’s service and his food was here anyway.

He ate his meal in silence slowly taking in the layout of the saloon. Good folks here, kind, happy, and unafraid. “Unafraid” is what kept bothering him but he silenced the warning bell, which was threatening to raise its decibel level, and went to sleep. He was tired and asleep as soon as his head hit the pillow.

The town was bustling as he went about his walk in the morning. People greeted him politely and he could see how everybody seemed well off despite the remoteness of the town. He slowly made his way to the sheriff’s office. As he approached, he could see that the building was very well maintained as everything else in the town.

Judging by the state of the building everybody seemed to respect the sheriff here, which was in contrast to the barkeep’s comment. He wondered, climbed the front steps, and immediately saw in big letters “SHERIFF’S OFFICE. CLOSED FOREVER.” Also besides the sign was a badge where a bullet had gone through the center, the badge making an emphatic FULLSTOP.

The warning bell had now decided to raise its urgency to a clamor. He couldn’t quite place his finger on anything but he suddenly knew that he was not safe. He rushed back to the saloon. The barkeep was busy cleaning from night before and was a little startled to see him entering in hurry.

He walked straight over to where the barkeep was standing and asked him, “The name man the name. What is the name of this town?” The barkeep looked puzzled as to why would somebody come to a town without knowing where they were going. But the barkeep politely replied, “Its Lone Star. Are you in the wrong place?”

The warning bell was now a positive shriek. He knew then that he had to get out. He had heard the legend. The town was protected. There was no need for the sheriff. Nothing could ever happen here. The stories called the legend “The Peacemaker” and the shot out badge was a symbol. It was a symbol for people like him to stay far far away, because The Peacemaker was watching and he was not forgiving.

He grabbed his belongings and rushed back to the station. He only caught his breath when he was back on the train. He realized he had made a narrow escape. The Peacemaker would have known about him and he wasn’t ready for his last hurrah. He struggled to get his breathing settled down as the train departed and the high noon sun watched him leave with the same indifference as the prior evening’s sun had greeted him with.

St. Baldrick's
Lonerider Beer to Can Bottles for Cans