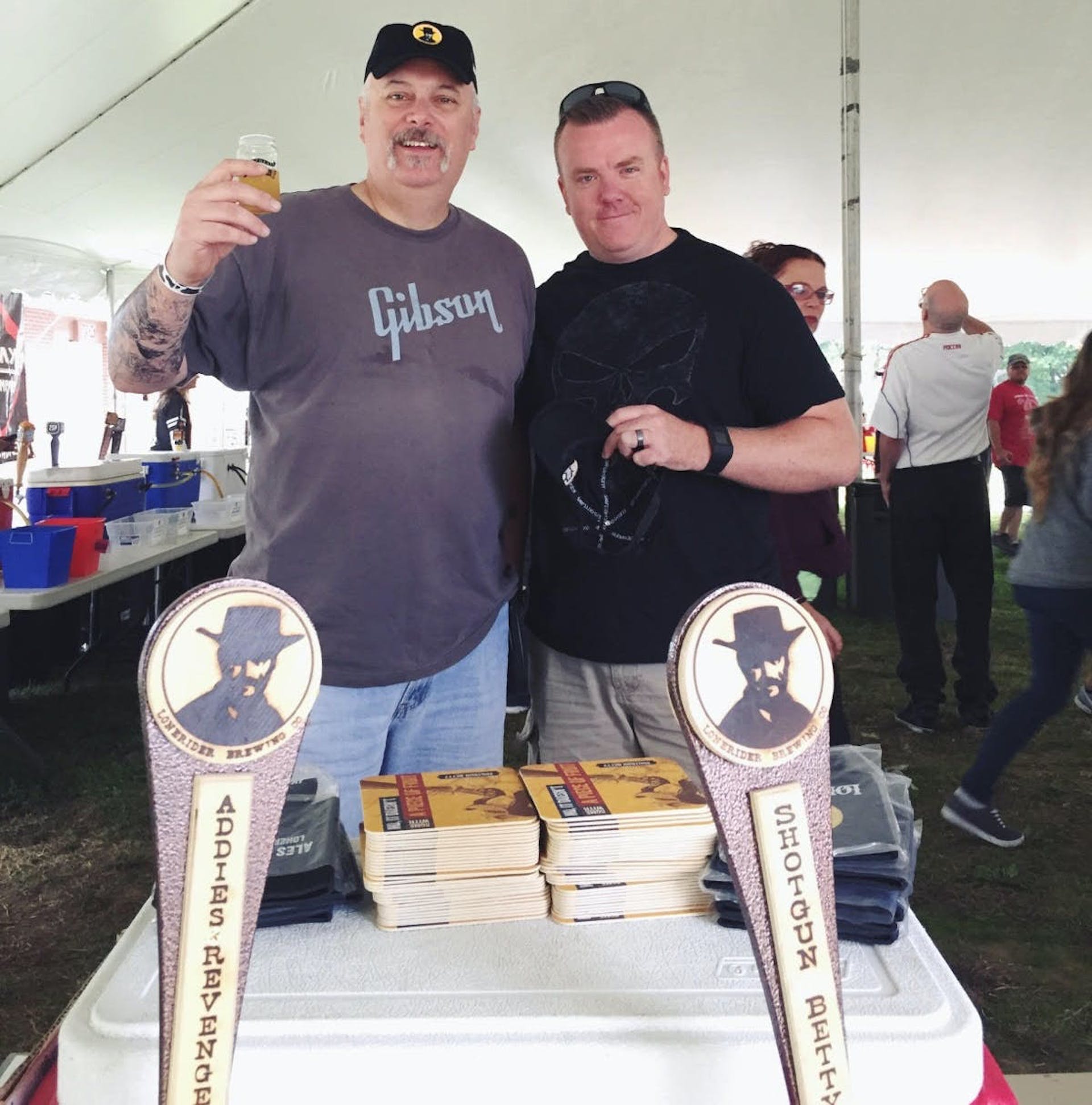 Lonerider, Ales for Outlaws, is constantly on the lookout for new horizons to explore. That’s why we decided to head north, and take on Philadelphia. We sent two of Lonerider’s marketing team to attend the Northeast Philly Beer Fest, at Cannstatter Volksfest Verein.

Upon first entering Philly, we wondered where we could find Lonerider in cans or on tap, since The Outlaw’s arrival was still new to the city. We were happy to find Lonerider sold in cans at several bottle shops and stores, and one conveniently located right next to our hotel in downtown Philadelphia. While exploring the area and talking with residents and everyday commuters, it must have been apparent we weren’t from the area. We were both wearing a black shirt with Lonerider’s logo on it. People would ask us about the shirt and say, “you’re not from around here are you?” and we would proudly say “brewed in Raleigh, North Carolina.”

Arriving at the beer festival, our first impression was that it was a smaller beer festival and wondered what the turn out would be like, especially with incoming rain. My first impression was wrong. Ryan Nevulis, Sales manager of Nevulis Beverages, told me, “People up here will come out for good craft beer, rain or sunshine!” How could we doubt such confidence? And he was right. People steadily crammed under a large white tent, flocking and lining up in front of perspective breweries, waiting to try beer from all across the country. Lonerider featured two beers:

Even though it poured rain the entire festival, it was jam packed with people from all over the area. We met a wide range of beer lovers, from beer enthusiasts and home brewers to people branching out and trying different types of craft beer for the first time. Best of all, we met people who tried Lonerider for the first time and loved it. We had many of the same faces come back to the table and ask us to pour them another glass of Shotgun Betty, please! By the end of the beer fest, we were soaked with rainwater and beer but it was worth it. We gained new Outlaws and had a great time in Philadelphia. We’ll be back! In the meantime, keep your eye out in bottle shops for Ales for Outlaws!

Ales For Every Day Outlaws
Is there an Outlaw in You?