I Don’t Want to Write a Blog! 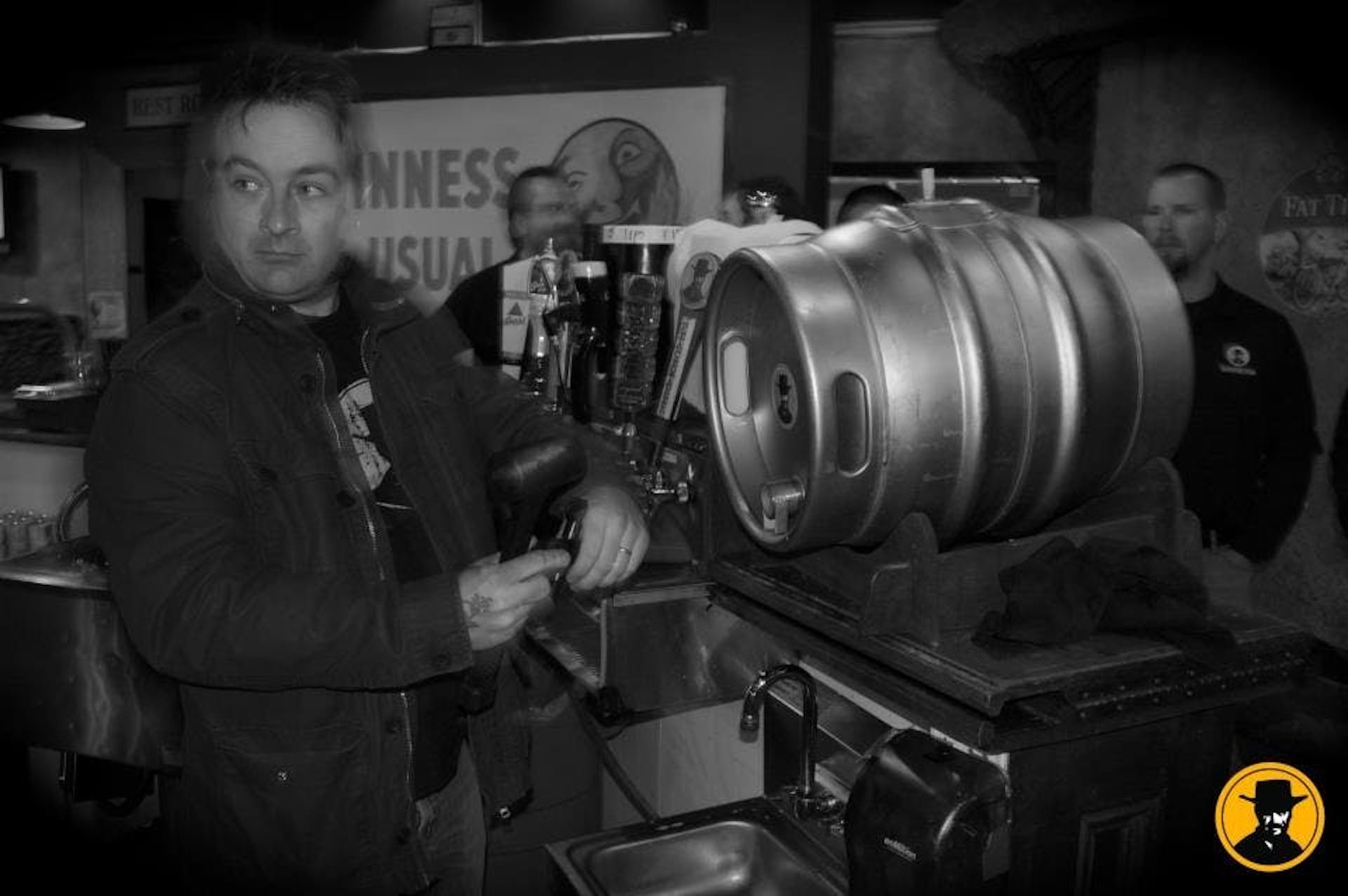 In the first entry of our new blog series from Lonerider, Head Brewer Galen Smith talks about how he got in to brewing and the beer business.

I don’t want to write a blog!! This was my first thought when I was asked to write this for our website. The request came into my inbox just the other day and I immediately felt like I was being asked to change myself.  You see, I’m a pretty private person, and the idea of publicizing my life professionally and personally didn’t appeal to me at all.  I do love my career though, so I’ll give this a whirl.  Someone even said that they think I’ll enjoy the process of it and may even learn to love it. They’re probably wrong, but I hope they’re not and they often aren’t.  My name is Galen Smith and this is my first ever blog.

As a brewer I’m often asked how I ended up in this profession, or why I decided to be a brewer.  The answer has always been the same; I got really lucky. That’s the extremely abbreviated version. I’ll try to elaborate on this so you can understand how I fell into the world of microbrewing. I was 19 years old hanging out on a patio at a café in Amsterdam.  My father had been living there for a while and I went to visit him for a few weeks. Until the patio, I had been drinking beers I was used to drinking in the states. Heineken and Amstel (Amstel regular, there is no Amstel light in Holland, and no regular Amstel in the states) were my go to beers and I would’ve been completely comfortable just drinking those, the remainder of my stay.

While sitting at the patio bar, one of my dad’s coworkers ordered a beer I had never heard of. It came in a magnificent looking bottle and was brought to him with a matching chalice glass. The beautiful Dutch waitress smiled and poured it for him like it was brewed just for him. I asked him, “What is that?”. He told me it was a beer called Westmalle Tripel. I didn’t really care what it was called actually. All I knew is that I was 19, craving excitement, ready and willing to make bad decisions and I wanted to order one of those too.  Thankfully, ordering that beer was not one of my many bad decisions.  When I took the first sip of that tasty Trappist creation I couldn’t believe what I was tasting. It was bold, spicy and effervescent and I fell in love with it. I wasn’t exactly concerned just yet about why it tasted like it did, only that I sure was glad that it was around. The remainder of my visit was spent drinking more Westmalle beers as well as many other Dutch and Belgian brews.

Much to my disappointment, when I got back to Raleigh I wasn’t able to get most of the beers I drank over there.  North Carolina hadn’t popped the cap yet, so our selection was pretty slim. A couple years later I found myself working as a cook in the catering side of the restaurant industry when an old high school friend turned me on to homebrewing.  I had never heard of homebrewing prior to that and was a little skeptical that a beer I made at home could come anywhere close to the quality of the sexy Westmalle Tripel. I bought an equipment kit and got a great extract recipe for a Belgian wit beer. With help from my buddy I was drinking wonderful beer that I had made in my own kitchen.  I fell in love again, except this time I was able to do something about it. I immediately built an all grain brewing system, read all I could about brewing and found that it was a lot like cooking.  By that I mean the importance of knowing  your raw ingredients and what they’ll contribute to your final product, using those  ingredients in recipe development  and keeping  a close eye to time and temperature.

After a couple years of doing it as a hobby, I knew for sure that I wanted to leave cooking and make a real career out of brewing. I wasn’t able to make the transition immediately though. I took a position as a sales associate at my local homebrew store. It was here that I learned the most about recipe development. Every day, my coworkers and I were sampling dozens of beers from ourselves and our customers. Some were great and some were not so great, but we were able to help them improve their beers if they needed work. We also read all we could about professional brewing and constantly talked about how cool it’d be if we could be making 10bbls of beer rather than 10 gallons. We made pretty great beer at home, so how hard could it be to brew it big? I soon found out how different it actually was.

A couple years after working at the homebrew store I was hired to help brew part time for a brewery that was just about to open. I was proven wrong.  It was nothing like homebrewing. Sure I was making beer and the science of brewing was pretty much the same, but I didn’t understand at all how much work it actually took. I’ve learned a lot since then and I hope to continue learning new tricks.  That was five years ago and I’ve loved every bit of it.  No, that’s not true at all. There have been bits of it that I’ve hated and times where I wondered if it’s worth it.  It helps having a great team to work with through the long summers and cold winters.  But it’s most gratifying knowing that your work makes people happy.  I know I don’t often show it, but it does make me feel pretty great to walk into the taproom and see people enjoying  the beer that I’ve made.  It outweighs the cons of the job by a longshot.

Welcome to the new look
Do That!