How North Carolina Craft Beer Popped the Cap in The South 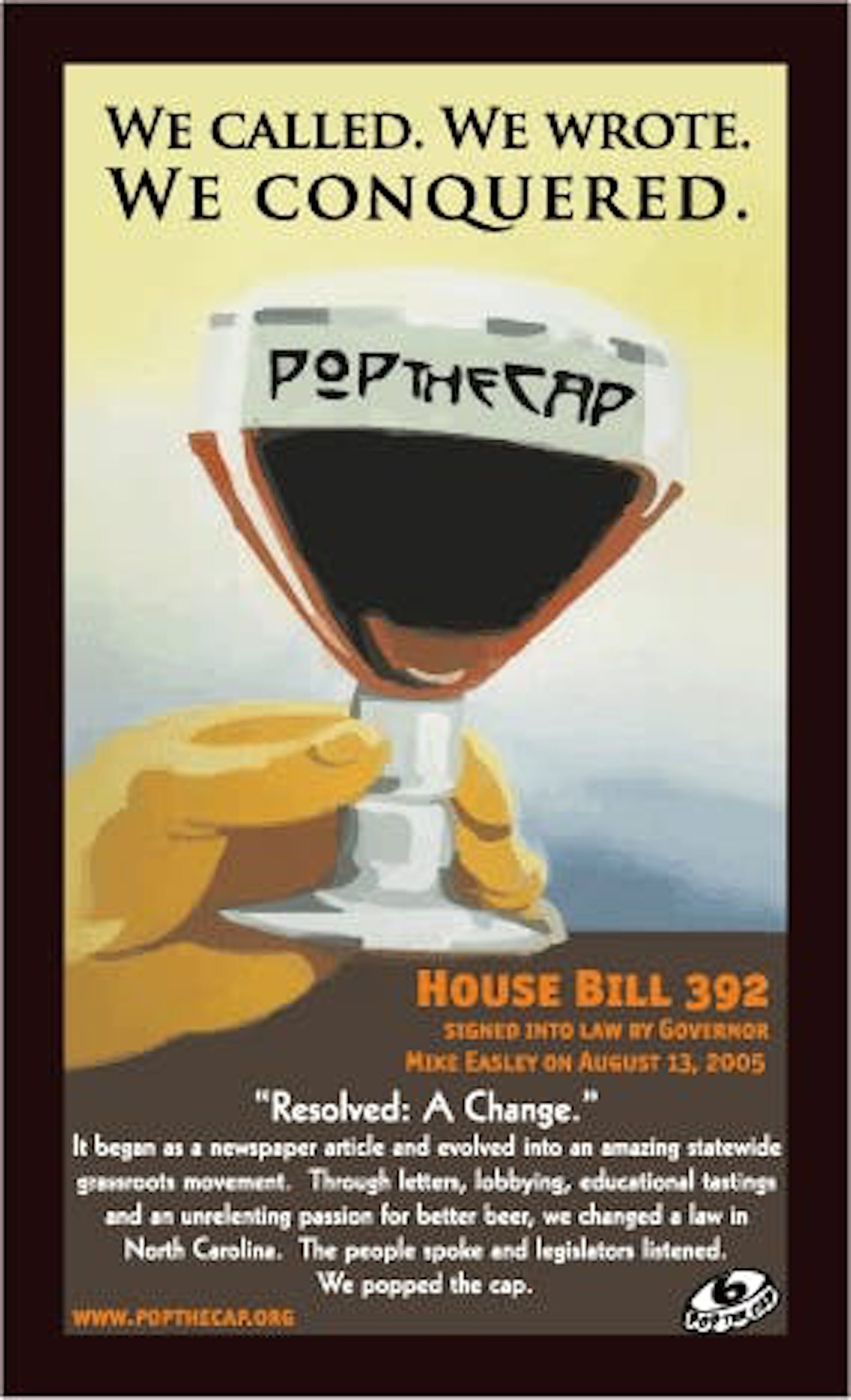 When you think about the growth of North Carolina craft beer in the last ten years, you might remember that there used to be a limit on what you can expect to find: due to an old law from the Prohibition era, beers brewed and sold in the state could not exceed a 6% ABV. For craft beer makers, that translated into less diversity in brews: there could be no dopplebocks, hoppy IPAs, strong imperial stouts, or any of Lonerider’s seasonals like Mad Doc, The Preacher, or the Red Spur.

But as a recent article over at The News and Observer remind us, the grassroots work of a group of craft brewers and beer enthusiasts pushed new legislation to change the statute to 15% ABV in 2005. The result of the Pop the Cap Campaign? A thriving craft beer industry that brings in close to 10,000 jobs and $790 million a year, while placing North Carolina as a destination state for craft beers in the United States.

To learn more about the grassroots movement that helped make North Carolina a leading craft beer industry in the South, read Kathleen Purvis’s gripping article in full at the News and Observer.