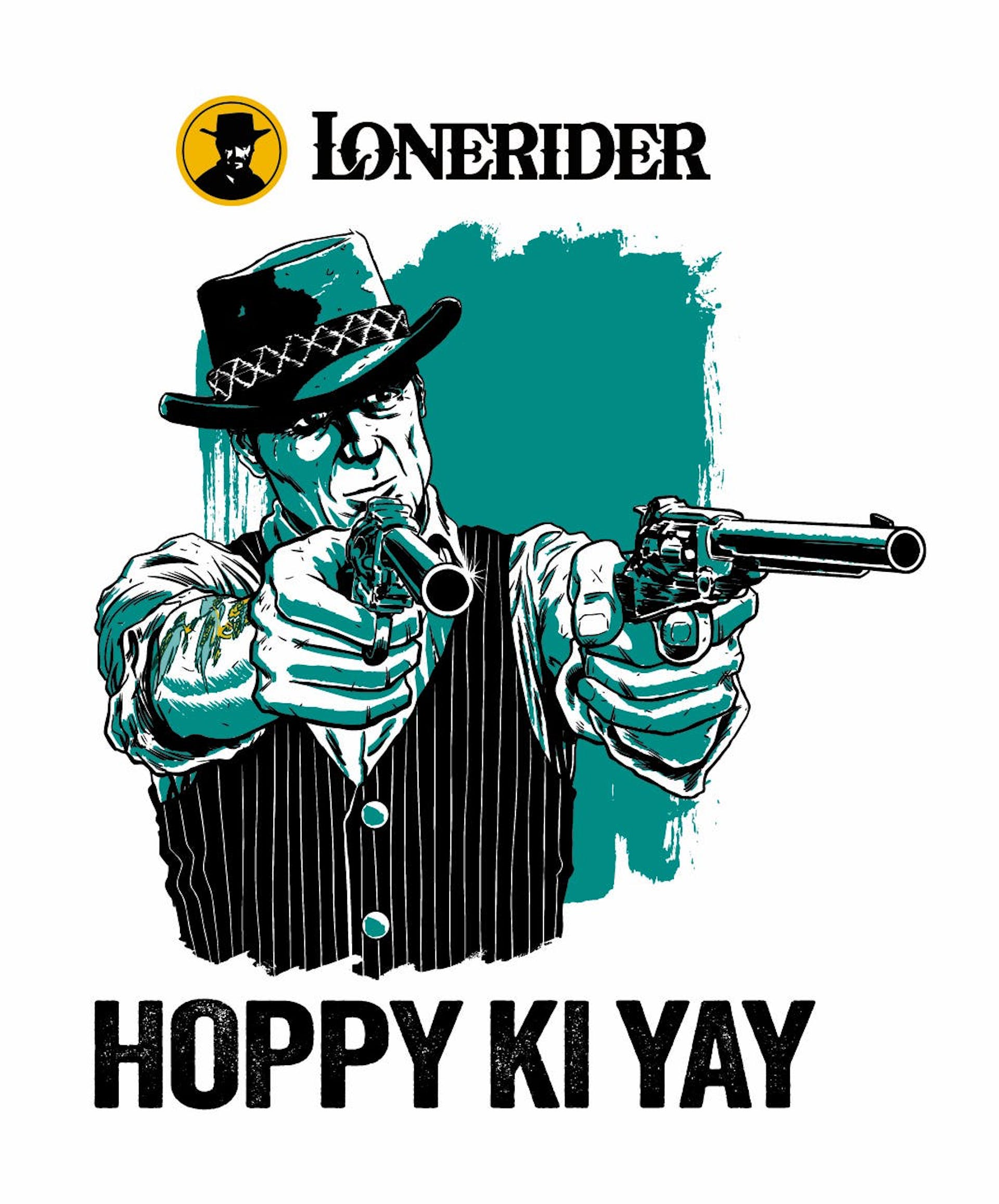 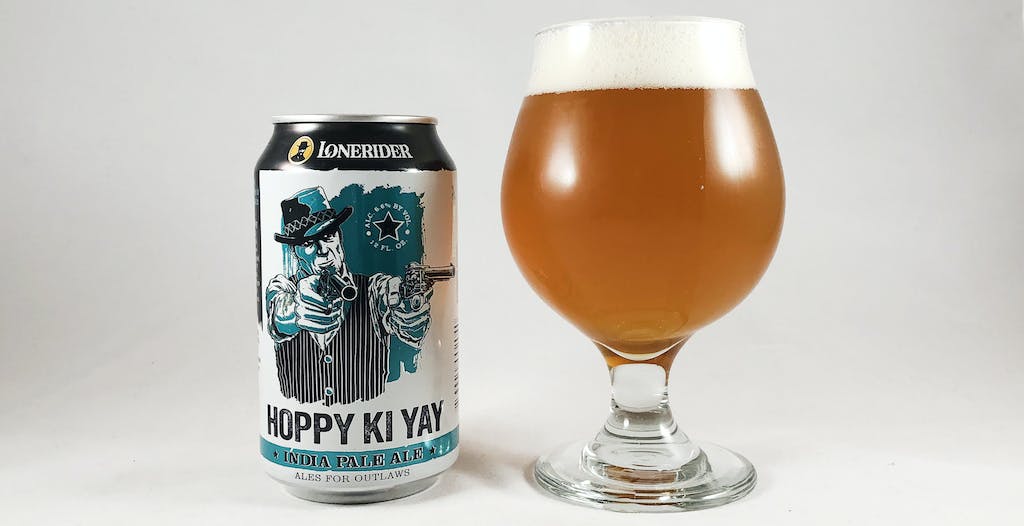 Outlaws wander. Not because they have to, but because there is a feeling down deep in their soul that yearns for continued adventure. Adventure: that is the outlaw way of life. A calling to never stop exploring and capture the best of every moment.

As we begin the celebration of our 10th anniversary, Lonerider again grabs the bull by the horns of this award-winning beer and takes another ride with Hoppy Ki Yay IPA.  With a leaner malt lineup and a hop bill exclusively featuring Idaho 7 and Mosaic varieties packing a juicy, tropical fruit ride, Hoppy Ki Yay IPA opens the doors to a wide open landscape ready for adventure.

Pack your bags for the next ride, Outlaws.

Why did Lonerider change the recipe?

We’ve been listening to Outlaws far and wide. It became clear from feedback that it was time for a change. We spent last year testing changes and gathering responses under various aliases and disguises until we were confident all Outlaws would be happy with the recipe.

I was a fan of the original recipe. Can I still find it? Will you still brew it?

Original Hoppy Ki Yay is still hanging around but will be moving on soon. Check the date on the bottom of the can – the best by date will be between now and 5/26/2019.

We never say never, but if we brew the original recipe again, it will likely be limited and under an alias.

How do I tell if the cans at my local store are the original recipe or the reformulation during the transition?

You will be able to tell if the cans are the reformulation by the “Best By” date stamped on the bottom. The first batch of reformulated Hoppy Ki Yay cans are dated “Best by 5/31/2019.”

What changes affected the appearance?

The reformulation included alterations to the grain bill resulting in a lighter golden hue. Also, there may be more hop particulate left suspended in your glass causing the beer to be slightly hazy.

Where can I try it on draft?

Kegs have already hit restaurants and bars in the Triangle and beyond. Of course the new recipe is pouring at the Hideout! We’d love to have you in and answer any other questions you may have regarding the reformulation.