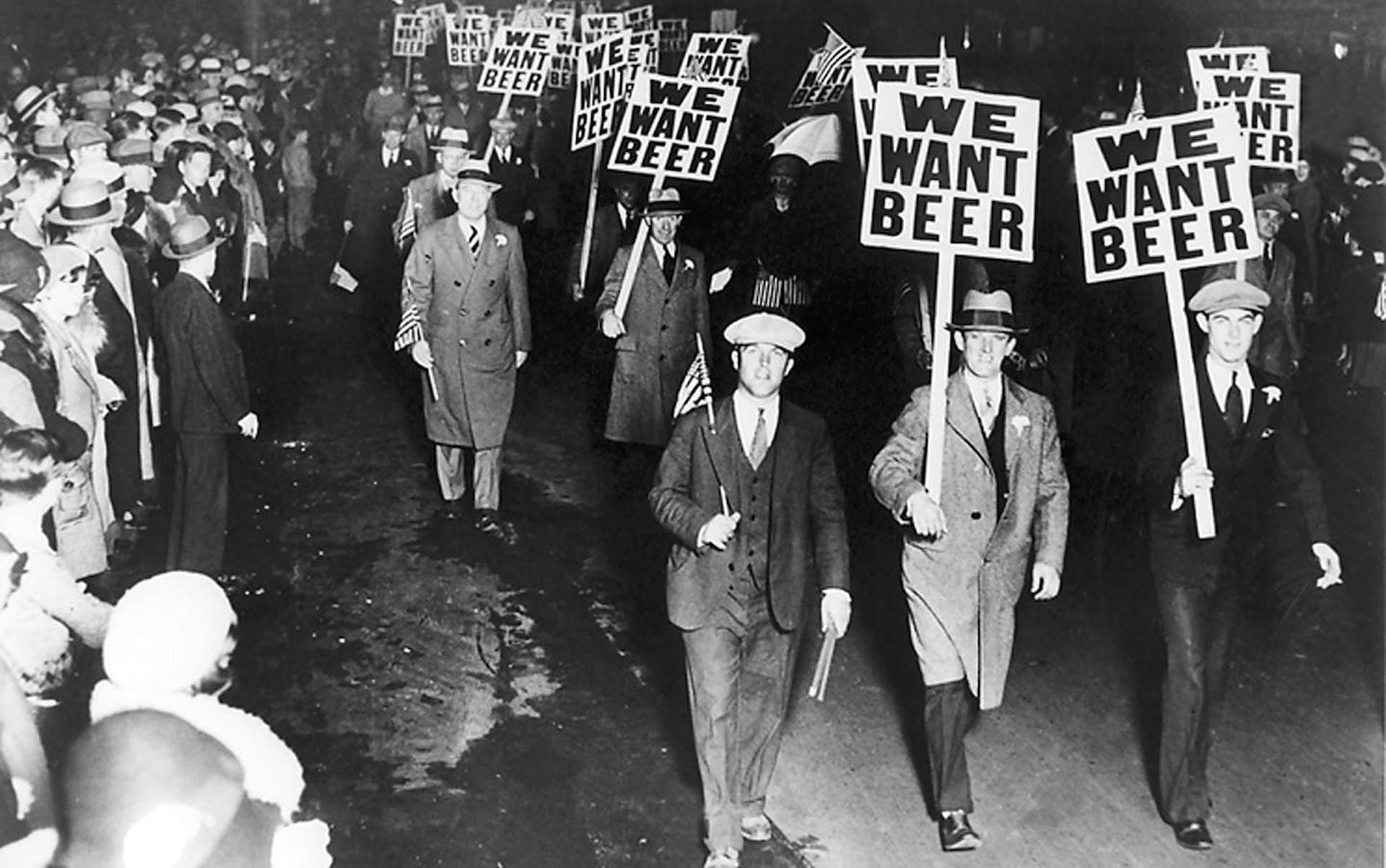 The business of craft beer has skyrocketed in the last decade. The amount of microbreweries and brewpubs in the US has reached record highs, with microbreweries alone seeing a +22% increase over a one year span from 2012 to 2013.

But one thing continually plagues us, in spite of the ever-growing capacity that is the craft brew world: old laws that incite us, and bring us to want to shout “Mount up! It’s time for a lynching!”

We are a tight group, us craft brewers. What affects one of us typically affects us all. Take what’s happening in the Peach State, for example. The Georgia Legislature is under fire from brewers who want to see old “Prohibition Laws” stricken from the record.

According to Forbes, in a recent write-up on the Beer Jobs Bill (SB 63):

Brewers and beer loving activists have converged to lobby for the passage of SB 63…The bill would legalize off-premises sales within the state…  allow[ing] breweries to sell pints (up to 72 ounces) or to-go growlers (up to 144 ounces) where the beer is made.

Common practices which, thanks to laws stemming from the 1920s Prohibition-era regulations, is illegal in the state of Georgia. Breweries can offer free tastings (up to 32oz.) and tours, but are strictly forbidden from charging for it. Causing us to shout: Prohibition is alive and well in Georgia!

Georgia and five other states still carry the burden of 95-year-old laws that, the last we checked our Constitutional rights, were repealed in 1933. Yet there they are… hanging like a dark cloud over an industry that continues to grow year by year, fueling the economy one IPA at a time.

We think it’s time for this to change. Support this legislation by visiting gabeerjobs.com and signing the petition. One step at a time and we can finally overcome the shackles of a bygone era, and put an end Prohibition forever.