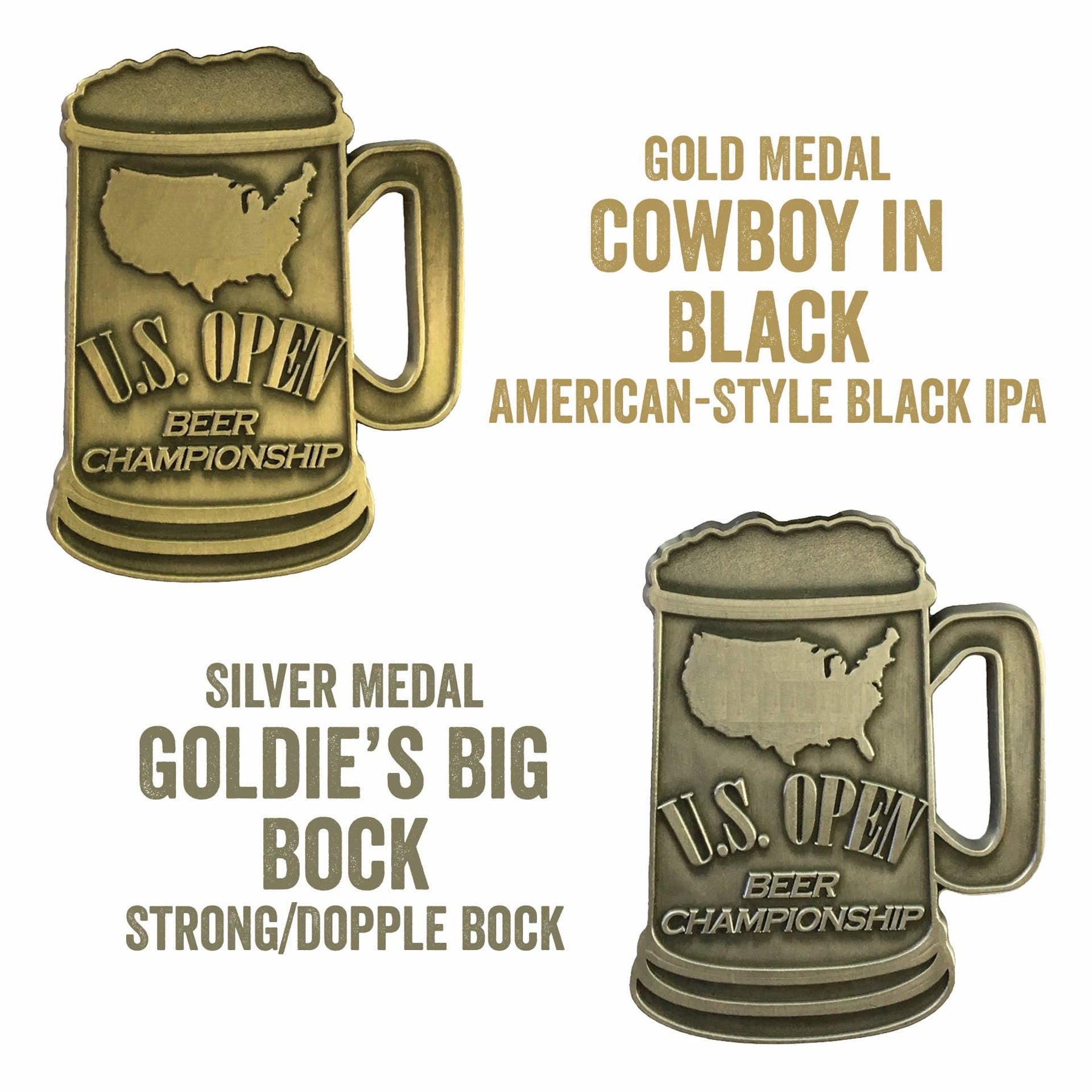 This year the U.S. Open Beer Championship blindly judged over 6,300 beers from all over the world. Judges from the U.S., Canada, and England awarded medals across 110 categories. This is not Cowboy in Black’s first time being honored at the competition. Our Black IPA has won at the US Open twice before, in 2014 (Bronze) and 2013 (Silver). Cowboy in Black is one of the rarest beers in our portfolio and is found only in North Carolina. This past year it was released on Johnny Cash’s birthday in February with cans available for purchase exclusively at the brewery.

Goldie’s Big Bock is new to the competition world and is making a name for itself. Having won Bronze at the Great American Beer Festival in 2017, we decided to share the Dopple Bock beyond the walls of the Hideout. Previously a brewery-exclusive, the lager will have limited distribution in North and South Carolina this December.

“I’m very pleased with both Cowboy in Black and Goldie’s Big Bock winning medals at the US Open of Beer. Cowboy Black, not only because it won gold, but it’s also one of my personal favorites at the brewery. Goldie’s Big Bock also won bronze last year at GABF. It’s awesome when one of our beers wins year after year at large competitions. Also, I probably just jinxed us for GABF 2018.” 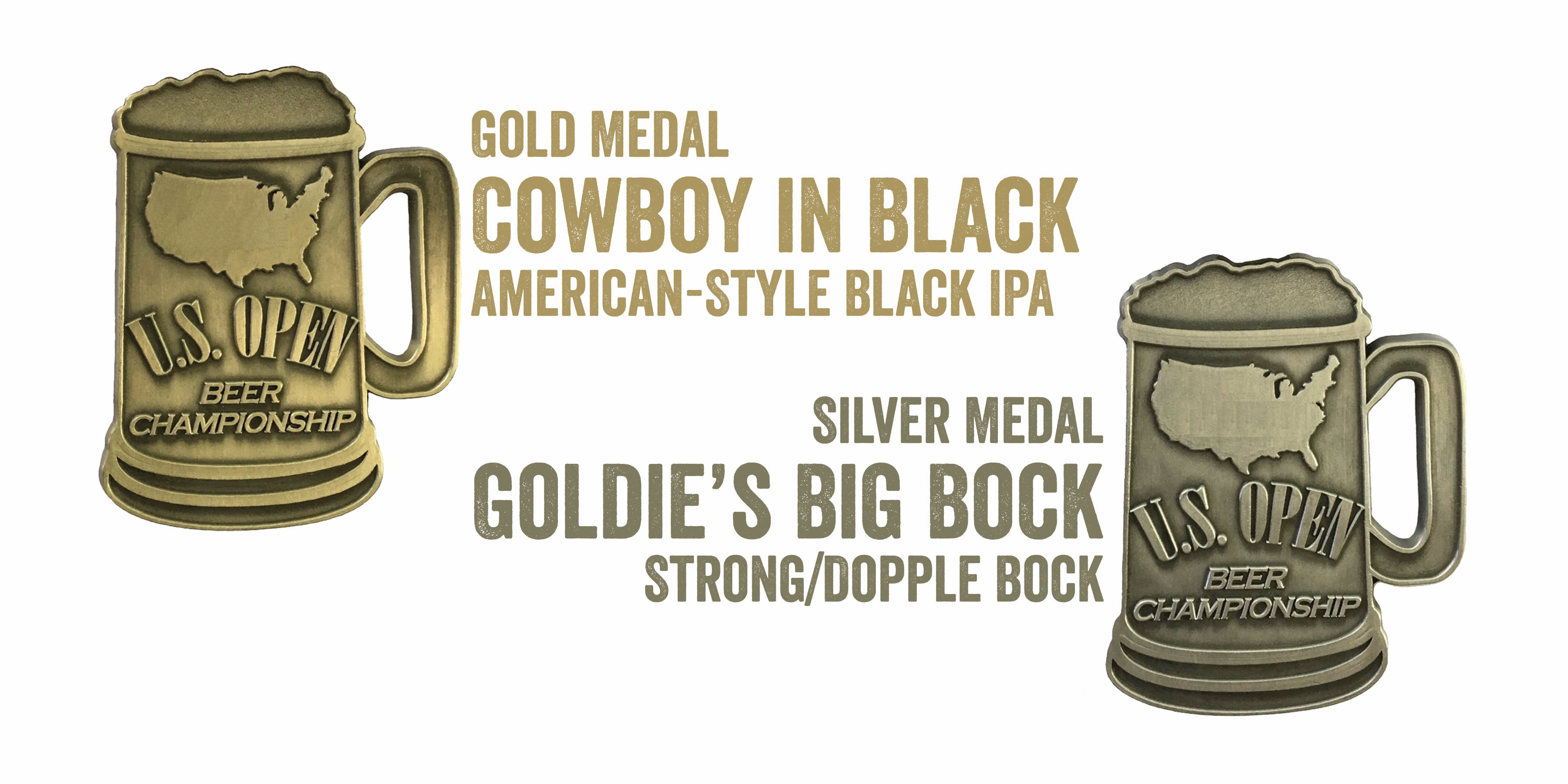