Lonerider Partners with InterAct for first Brew It Forward Release 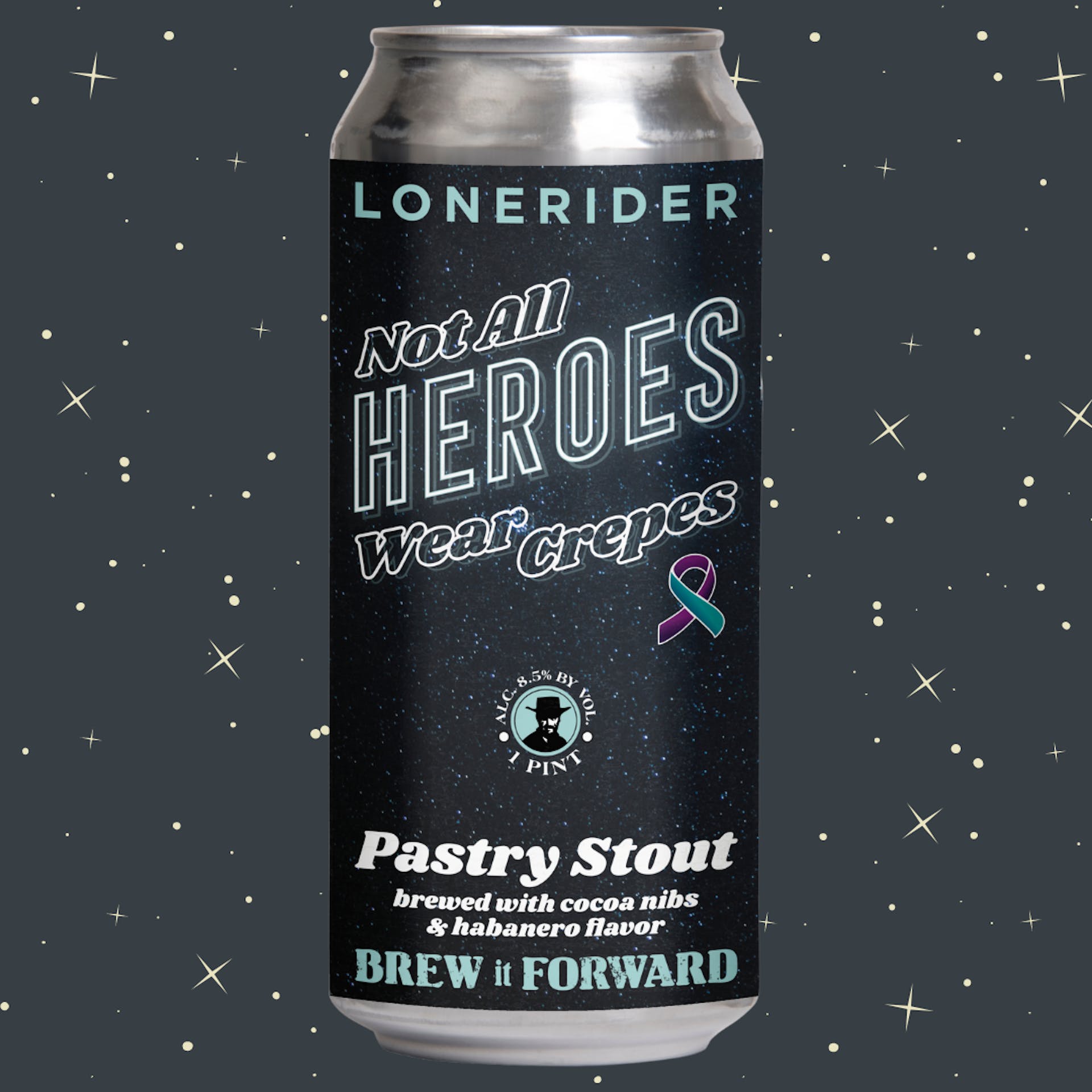 RALEIGH, N.C. (February 18, 2021) – Lonerider Brewing Company, an award-winning company brewing ales for outlaws, announced today the release of ‘Not All Heroes Wear Crepes’, a Pastry Stout available on Friday, February 26th. A portion of the proceeds from this release will go to InterAct.

Philanthropy is a big part of the Lonerider culture. Over the last 12 years, we have raised over $750,000 in financial support as well as providing products and services to a number of nonprofit organizations throughout Raleigh/Durham/Chapel Hill. This program continues its commitment to giving back to the community.

Dedicated to ending the cycle of domestic and sexual violence in Wake County, InterAct is saving lives, rebuilding lives, and securing safer futures for victims and survivors and their families. For over 40 years, Interact has been Wake County’s only provider of comprehensive services and support for victims of domestic and/or sexual violence and their families. They make a life or death difference 24/7, 365 days a year.  InterAct is pleased to report that 85% to 90% of those who complete our shelter program each year go on to safe stable housing free from abuse.

“This brew celebrates the strength and courage we see every day at InterAct”, remarks Allison Strickland, interim co-executive director, and chief development officer.  “We are grateful and proud to partner with Lonerider Brewing to celebrate our heroes – survivors of abuse.”

“InterAct has a very important mission. We are humbled to be allowed to help,” says CEO Sumit Vohra. “InterAct’s role in elevating the bravery in our community makes us proud. Thank you for all you do. And most importantly, a shout out to the heroes, it takes courage and you have that in spades.”

Not All Heroes Wear Crepes will be available at all three Lonerider locations on February 26th. It will be more widely available in the market following the release.

Lonerider Brewing Company, headquartered in Raleigh, North Carolina, opened on January 23, 2009, with a beer and a dream. Today, Lonerider is one of the premier breweries in the state, annually producing more than 20,000 barrels, with distribution in nine states and in Europe. Led by CEO and Chief Drinking Officer Sumit Vohra, Lonerider is a pioneer in the state’s thriving craft beer scene and is now counted among the top 150 craft breweries in the U.S. An Inc. 5000 and CED Top 25 winner, Lonerider crafts each of its Outlaw beers with the highest-quality ingredients. As a result, Lonerider has a portfolio of award-winning beers, including medals from the Great American Beer Festival and The World Beer Cup. Its Hideout tasting room is one of Raleigh’s most popular tourist draws for its year-round beers and seasonal offerings. www.loneriderbeer.com